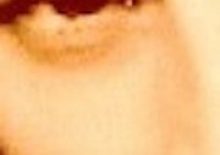 Here's where I tell all... or some... or none at all. I'm going to keep you guessing. For a while anyway. But rest assured, I might have started out in some small town but I'm now in Los Angeles, home to dream big, succeed almost. Very excited to get my first work out there... Look for it in August of 2014.

BORN JUST outside of Gunnison, Colorado in a government research facility called Area 52.5, (truth be told, Mom, a government astrophysicist, was in her last trimester at Area 51 when she was abruptly transferred), Jax Spenser spent his early years wondering if Dad was the meek and mild-mannered man living at home or if he really existed in the distant twinkle of a far off alien’s gaze.

AFTER AN AWAKENING during his teen years (some would call it puberty packing a lead pipe), Jax spent the rest of his life filled with the absolute belief that not only was the truth out there but that his real father looked proudly down on him in hopes that his baby boy Jax would one day find his way back to whatever distant corner of the Universe Pops beamed in from. Until that day, Jax has dedicated his time to writing possible scenarios in which the two might one day meet again.