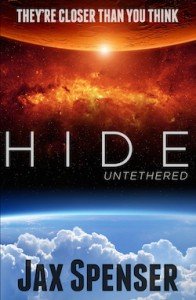 WHEN KEEGAN FINALLY gets away from his brutal mother on his sixteenth birthday, things go from bad to strange as his father picks up a hitchhiker in the desert during their escape.

The strangeness of the day gets scary as Keegan notices the hitchhiker’s odd behavior. But with Keegan’s failing memory and bizarre dreams of a red wind, he can’t be sure about what his father’s gotten them in to as they make their way to the creepy Arizona town of Sedonia Falls.

This is the first episode of a five-part serial. 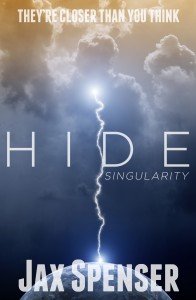 IN EPISODE TWO, Singularity, of the THE HIDE SERIES, Keegan tries to adjust to his new life in Sedonia Falls and forget the abuse of his mother. But with the start of school, things progress to a level of bizarre he’s never been accustomed to–he goes from zero to hero with the hottest girl in school and takes his place amongst the social elite. But the reversal of fortune makes Keegan question what’s really happening. And for some reason he’s just become enemy number one for the scariest maniac in school. The secret to his survival might just depend on the girl NOBODY wants him to be with.

This is the second episode of a five-part serial. 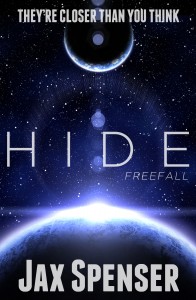 AFTER A VERY DISTURBING DREAM and massive act of vandalism, Keegan, as the outsider, stands accused and fights to prove his innocence to the very strange John Bruce and the extremely threatening Simon James. Following their interrogation, Keegan discovers a dark series of underground tunnels that run under the high school and town.

While navigating this creepy underworld, Keegan draws on strength that he never knew he had, but the tunnels only raise more questions about what is going on in Sedonia Falls. He senses something is very wrong with the town. This fear is bolstered when Lizzy, who’s unwavering friendship has been the best thing about this move, delivers a cryptic message that sends him on a trip to the neighboring town of Sedona, but first he has to pass through a terrible test using his new found strength.

This is the third episode of a five-part serial. 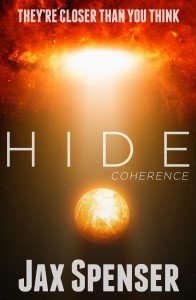 A RIDE FROM A STRANGER turns into a lucky event as Keegan heads to Sedona to find out why Lizzy sent him there. In an Internet café, Keegan uncovers more bizarre facts about his strange new home of Sedonia Falls that suddenly puts the safety of Lizzy and his father into question.

During his trek back to rescue them, a dark walk through the desert reveals a scary incident with Simon James and a busload of unwilling travelers. His worry increases when Lizzy is missing and no one at school seems willing to help him.

The clues start to add up, and Keegan can no longer blame his memory or a runaway imagination for what he’s beginning to suspect. But, the biggest revelation comes when Lizzy lures Keegan to a safe place to reveal the truth about what is really happening in this creepy little town.

This is the fourth episode of a five-part serial. 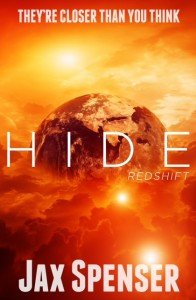 IN THE EPIC CONCLUSION to The HIDE series Keegan discovers the real connection with Lizzy and how it’s enabled him to survive in Sedonia Falls.

All is revealed as the last piece of the puzzle, including his history with his mother, slides into place. But time is running out and Keegan, desperate to save his father, exposes himself to the dangers of Sedonia Falls and finds himself in the belly of the beast as he finally meets The Maker.

This is the fifth episode of a five-part serial. 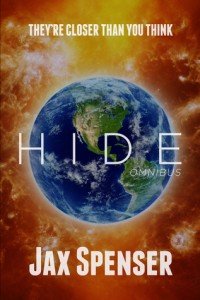 SIXTEEN-YEAR-OLD Keegan Roe has rarely had a good day. He’s prone to blackouts and his abusive mother has just beat him within an inch of his life. When his estranged father, Billy Roe, finally helps him escape her terrifying reign by driving out of state and due west, things go from bad to hopeful. That is until they pick up the very creepy John Bruce in the desert. His arrival marks a complete turnaround in Keegan’s life: Keegan goes from zero to hero as he and his father commit to a new life in the just-out-of-the-package desert town of Sedonia Falls.

Questioning his new status in high school as the boyfriend to the most popular girl in school, Keegan soon finds that things are not as they seem in this increasingly bizarre town where everyone has two first names and everything seems to be too perfect. As Keegan falls for the one normal girl in town, Lizzy Bruce, he soon uncovers the secrets that lie underneath everything. Including his own mother’s history of abuse. Disturbing, non-stop action packed with horrifying paranormal encounters propel this tale of alien invasion toward a surprising conclusion.